A downloadable game for Windows, macOS, and Linux

When a young alchemist apprentice is unwillingly bound to an illegal spirit, they suddenly find themselves tied up in a war between humanity and magic, and must join a group of unlikely heroes to escape their own doom, hopefully saving the world along the way.

A Story With No Right Or Wrong Choices

Really enjoyed the demo and looking forward to the full game! :D

I really liked the demo. It was the perfect balance between story and puzzles. I loved the art style! It's very crisp and reminds me of the Dark Dome mystery games. The animations are really good and the characters seem to have a lot of different background stories. I'm really enjoying the storyline and I like that the options show what emotion the MC can express.

As for improvements, I know that this isn't based entirely around romance but I think atleast when the option to romance comes, the dialogues can be a bit more flirtatious. There was also one place, where "strict" was written as "stritch". I do have a few questions: Will the whole game be free or commercial? When will the whole game be released? I really enjoyed the demo and wanna play the whole game soon!

Thank you for the kind words ^^

The full game will be a premium release on itch.io, Steam, and Humble Bundle Store and is expected to be out later this year!

Hi, I have a stupid question... I just download and started the demo and I am already stuck XD I can't seem to be able to spin the wheel to make the first remedy x3 I don't know if it's just my mouse that is too old or I'm missing something... plz help XD

nvm, when I restarted the game it worked :3 so maybe this was a bug

Thank you for putting this to our attention and I'm glad you were able to find a solution! I've made a note to look out for the bug in the future so we can fix it if it's still in the system

hello i downloded the game but it wont open

Which platform are you on and have you checked that you downloaded the right version for it?

im on mac i made sure i downloded the right one

Thank you. I will try if I can find the source of your issue!

Hey there! The game looks interesting but I can't seem to download the demo. (I'm on PC). I click on the download button, the thank you page appears, but the file isn't showing up.

Hi Miya, thank you for putting this to our attention! I just tested around a bit, and it seems it happens on some browsers only, and I suspect it may have to do with the script for the button and how we are hosting the files. Surely, more people are having the same issue, so I'll attempt to fix it immediately by changing how the files are hosted!

We are now hosting the files directly on itch.io, which seems to work better. :)

Please let me know if you still have issues!

Hello! I'm currently playing through the demo, and I'm having a great time exploring all the options. The game has been incredibly fun and charming, but I've encountered... I think it's a bug? Where, after I've loaded a previous save, this thing here pops up and blocks the whole screen! I've had to start a new file to get it to disappear. I wasn't sure where else to post this, so apologies if this is the wrong place for it! I'm loving the demo so far, so starting a new file hasn't been a bad thing at all. Good luck with production, I'll be eagerly awaiting the finished game! 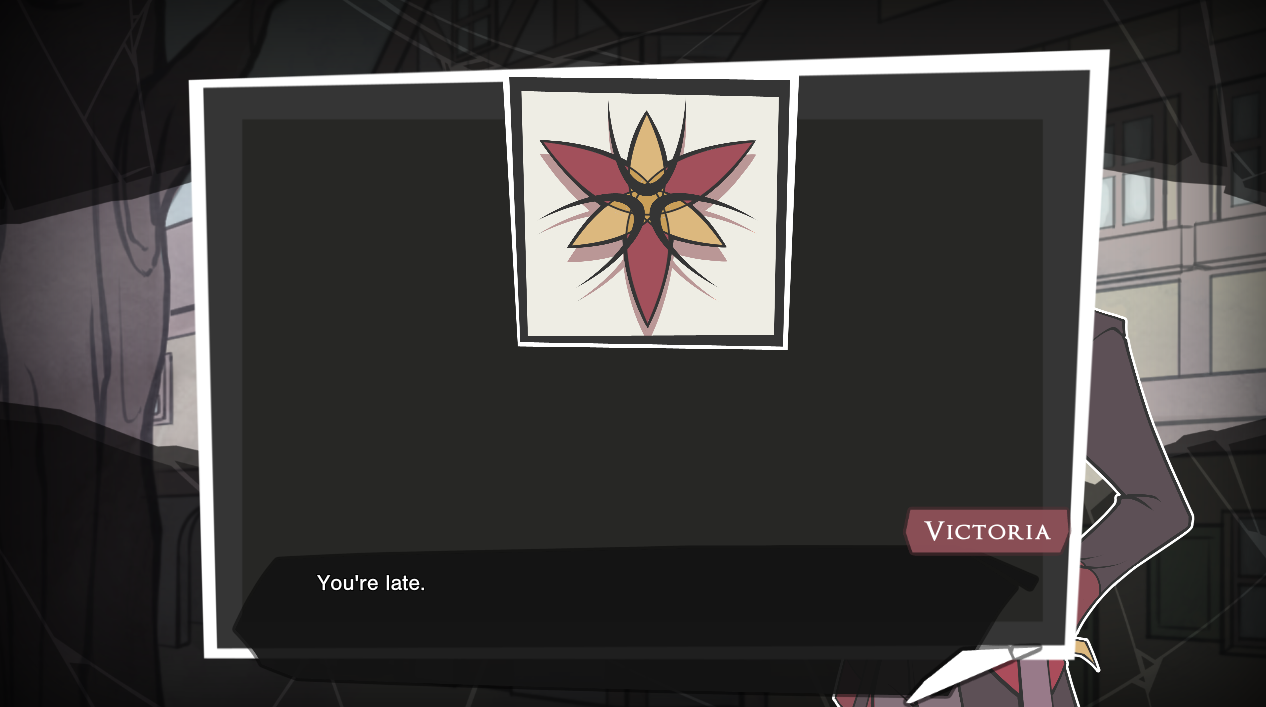 Hi, glad to hear your enjoy the demo and thank you for reporting the bug!

What happens is CGIs that have become invisible don't get saved properly, so when you load they will reappear. The only fix right now is to wait until you get to the map selection, at which point all CGIs (invisible or not) will be cleared from the progress data.

We will have a fix out for it soon :)

Wondering what the system requirements of this game are? Right now the character creation menu slows everything to an absolute crawl to the point where it's almost impossible to use. I had my graphics on the lowest setting and have what I consider a decent PC for a VN style game.

Everything else works perfectly though, once you get past the character creation menu. I know it's just a very early demo, but when I saw how much the creation menu chugged it made me worried for the rest of the game, which was a bit of a turn off.

For the game itself: loved the music (that opening blew me away), art style is cute and charming, and I'm enjoying the choices menu, which allows you to specifically know when and if you're flirting, and that it has clear personality determiners.

I also really appreciate that my character is allowed to be angry without being a jackass. Anger is often a vilified emotion but in this case the anger of my character felt like it was being translated to good effect, that it was anger being use constructively, not destructively. After all why shouldn't someone be angry at injustice and the seeming indifference to that injustice?

Also love the pronoun selector! It really makes me feel included and seen as a non-binary person and that I can play this game my way and really connect with the main character. Also I noticed Quinn is non-binary too and I love them and would die for them. (It's a long shot, but maybe some of that DLC could be the ability to romance Quinn?)

Thank you for the detailed and delightful feedback! :)

We are aware of the performance issues with the character creation menu, and I can assure you it won't be an issue for the final release.

Unfortunately, we didn't find the issue in time to fix it before the Kickstarter went live, but we are working on it!

I am really excited to play the full game of this when it drops.

Hello, the sign up on your site doesn't seem to work.

Thank you for putting this to our attention. I will have a look at it promptly :)

I believe the sign up form should work properly now. Thank you again, and sorry for the inconvenience.

You can build relationships with six of the characters that follow your journey through the game. Four of these are romanceable characters. :)

Heard alot about this game a Jpopcon, and omg the demo was amazing, i really cant wait to play the full game version <3

Thank you, we were very fortunate to have J-popcon hosting us and sharing the game with congoers was a blast!

great demo! seems like a lot of love went into making this, so I can't wait for the full release

Thank you for the kind words, it means a lot to us ^^

Thank you for notifying us! We found the error and you should be able to download the demo now :) 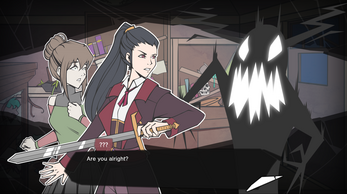 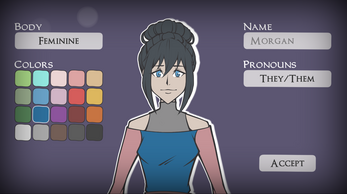 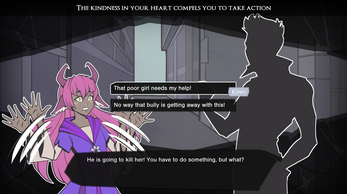 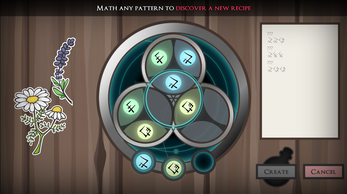 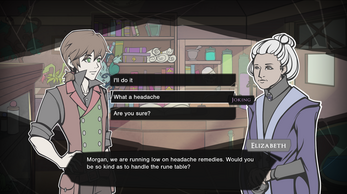 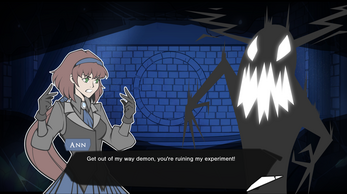 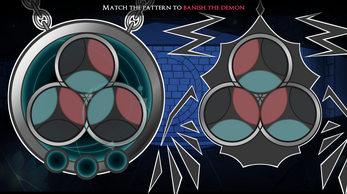 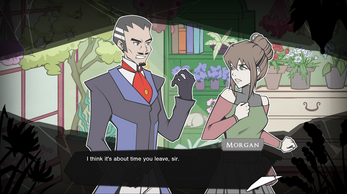 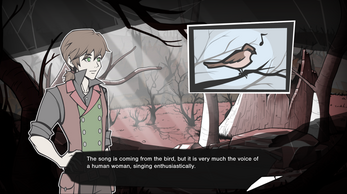